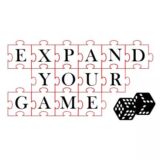 ‘Hasp’ is a great introductory trick taking game. It adds a little bit of complexity from the original trick taking games with the bidding, determining trump and the team play but it does this in a very natural and easy to learn way.

Beautiful artwork. Takes the contract concept and runs with it. (7th in my Top 10 new to me Trick Taking games).

Interesting whist variant with a couple of nice twists and some lovely artwork. 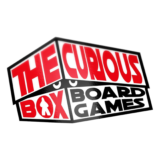 A new and fresh take to the take that genre. You’ll play it over and
over again!

Hasp is a trick taking game that is played in teams of 2 vs 2 (it can also be played with 3 or 2 players in which case there are no teams). After players are dealt out the cards, they study their hands and before playing their very first card they attempt to predict an outcome. In so doing, they add points to the current round which means that the winning team will win more victory points.

So players need to be careful as any added points will go to the winners regardless of their own prediction. If players are unsure, they can chose to pass on the predictions not to risk giving too many points to their opponents.

Hasp is our second game from the World of Zura !

They worked on Hasp